It is our responsibility to educate ourselves on the topic of sexual assault. By learning the stigmas and myths surrounding sexual assault, you are better able to heal, and potentially help and advocate for a change. Proper education facilitates support that will have a positive impact on survivors. Learning about symptoms and reactions can help survivors to understand and recognize the feelings associated with a sexual assault and can help to promote healing.

Consent is defined as a voluntary agreement to engage in the sexual activity in question. Consent or a “yes” that is obtained through pressure, coercion, force or threats of force is not voluntary. Sexual assault is not about sex. It is about power and control. It is an act of violence.

In a drug-facilitated sexual assault, the perpetrator uses alcohol or other drugs as a method to decrease resistance from the person they are assaulting. The use of alcohol, drugs, or date rape drugs can ensure that the survivor may not recall enough details of the assault for charges to be laid.

The alcohol or drugs may have been taken voluntarily by the survivor or forced upon them by the perpetrator. The most common drug used in this type of assault is alcohol!

Someone who has experienced a drug-facilitated sexual assault is likely to feel very confused and disoriented. Often when they can remember parts of the assault, they recall feeing paralyzed, powerless, and or disassociated from their body. In some cases, the survivor may have no memory at all. When alcohol is the only drug used, survivors may feel that they got drunker than they had planned to that night. Because drugs or alcohol are involved in these assaults, survivors are even more likely to blame themselves for what happened to them.

It is important to understand that even if the alcohol or drugs were taken willingly, IT IS NOT THE SURVIVOR’S FAULT! Drinking is a very common, socially accepted activity, consuming alcohol or drugs is NOT consenting to sex.

In addition, the Criminal Code of Canada legally outlines that consent for sexual activity cannot be obtained when an individual is incapable of consenting (e. blacked out, sleeping).

Alcohol is by far the most prevalent substance used to commit sexual assault. Alcohol is easy to use because it is legal and socially accepted. Although it is not often readily recognized as a tool used by perpetrators, almost half of the sexual assaults that young people face take place under the influence of drinking. In some cases, perpetrators take advantage of the fact that an individual is drinking. In other cases, the perpetrator is actively involved in ensuring that an individual gets drunk.

Some of the well-known drugs used in drug-facilitated sexual assault include Rohypnol” (also known as “roofies”), GHB, ketamine, and ecstasy. The effects of the drugs can last form 30 minutes to 24 hours. Date rape drugs are processed by the body quickly and can be difficult to detect. After 72 hours, detection will be impossible. GHB can be untraceable in only 12 hours; Rohypnol will be traceable for up to 72 hours.

There is a wide range of experiences, symptoms, and reactions that are common after sexual assault. These symptoms and reactions can be overcome. You can heal and experience normalcy and happiness again. 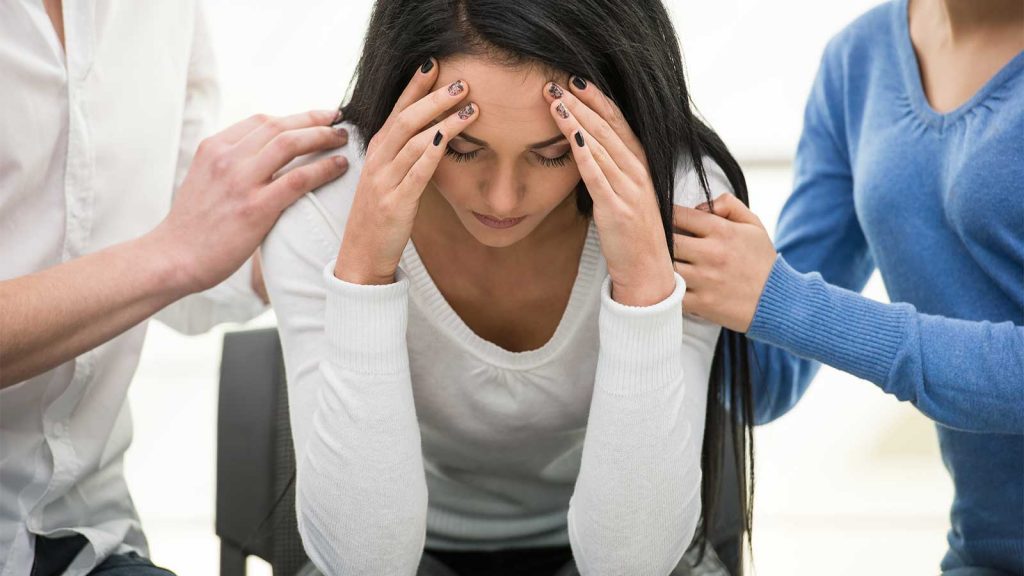 Sexual Assault is typically experienced by the mind and body as trauma. It is not uncommon for survivors to develop post-traumatic stress disorder. Many survivors do not immediately recognize that they are suffering from trauma symptoms. These symptoms are normal reactions to abnormal life events. These reactions may continue or develop many months or years after the sexual assault. Understanding what reactions are typical can be comforting to those who feel that their reactions are “overreactions” or do not realize they are even reactions to the traumatic event at all.

Increased arousal, or being hyper-alert, is a common experience after a traumatic experience.

One of the most protective and commonly used survival mechanisms is to dissociate or freeze. While most discuss the flight or fight response, many are unaware that the freeze response is just as common, and likely even more common in sexual assaults.

Sexual assault is a physical act, the body may hold stress, tension. It is very common for survivors to have physical symptoms. Some include:

Many survivors find that their sexual attitudes and reactions are greatly impacted after a sexual assault. This is not uncommon and is understandable. Some survivors may react to sexual assault by avoiding sexual activity– perhaps protecting themselves from feeling vulnerable again. Others may react by having more sexual activity, perhaps feeling that sex is less important to them, or a way for them to regain their sense of power. Some of the most common sexual symptoms after sexual assault include:

Discovering your sexual symptoms is important in order to begin sexual healing. For more information on sexual healing and how to address your symptoms, please read The Sexual Healing Journey: A Guide or Survivors of Sexual Abuse by Wendy Maltz. The guidance of a counsellor can also be very beneficial in this process and is recommended as this process can trigger difficult memories and emotions. Even though sexual healing may take a long time, with patience it can lead to the enjoyment of sexual intimacy that is positive and pleasurable.

Options for Survivors of Sexual Assault

For many people, the time immediately after experiencing a sexual assault can be very confusing. It can very difficult to know what to do and where to turn.

The following are options that are available, it is important to remember that everyone’s journey is unique and only the survivor will know what is right is for them. Doing nothing is also an option, and every survivor has the right to choose their own path.

Consider telling someone you trust. Although it is not easy to talk about the experience, talking to a trusted friend or another support person may lessen the feelings of isolation, and provide emotional support. Opening up about your sexual assault takes courage, but it also can help to begin the healing journey. There is healing in the telling, and there is healing in being believed.

Remember you are not to blame for what was done to you!

When to consider seeking medical attention

If the sexual assault experience was recent and you are concerned about sexually transmitted diseases, pregnancy or possible injuries, it is important to consider seeking medical attention. A physical exam can be very difficult, but there are services available in Calgary that can make the process less difficult. For more information and for support during this process contact Calgary CASA.

It is your decision to report the sexual assault to the police or RCMP. You can contact your local department and ask about your options. Third party reporting allows you to provide police with information regarding your sexual assault, anonymously and without a criminal investigation. Calgary CASA provides police and court education and support, to help you navigate the legal system.

The process of recovery from a sexual assault takes time and is different for everyone. Talking to a counsellor can be helpful as individuals make sense of their experience and move through the healing process. Contact S.T.A.N.D for information on options to help you through your healing journey. It is never too early or too late to begin your healing journey.

Sexual assault deeply affects survivors, their families, friends, partners and everyone who cares for them. Supporters can have a profound impact on a survivor’s recovery. To be a good supporter, it is important to know the myths about sexual assault and why they are false. Educating yourself is the best way you can provide proper support to a survivor.

Listen: Be patient and approachable. Let the survivor talk without interruptions. Do not pressure the survivor to talk about sexual assault. Let them tell you what they feel comfortable with.

Rape trauma syndrome is a specific post-traumatic stress disorder that is commonly experienced by people who have been sexually assaulted. It is a model for recovery after a sexual assault that each survivor may go through at their own speed and intensity. The syndrome has three phases and may continue over a long period of time. The time it takes to fully recover from a sexual assault can vary a great deal because of each survivor’s personalized experience of sexual assault, as well as the events that follow it.

Immediately following a sexual assault, survivors may experience a wide range of emotional reactions. Most commonly, survivors go into a state of emotional and physical shock. The symptoms that may be experienced while in this state are:

In addition to being in a state of shock, survivors in this phase are often overwhelmed by their feelings of guilt, shame, and self-blame regarding the sexual assault. It is these feelings that often deter survivors from reaching out for support from others. Not all survivors’ emotional reactions are expressed in the same way. Most often they are manifested in two ways:

Expressive – Obvious outward expressions such as crying, shaking, or restlessness.

Controlled – Appearing calm and rational about the situation, and or masking and hiding their feelings.

In the next phase toward recovery, it is common for survivors to attempt to forget about the sexual assault in order to return to a sense of normalcy to their life. While they may seem to have forgotten about the assault, there is usually a high sense of denial and repression of feelings regarding the incident. Some may express the denial by acting as though the assault has had no effect on them. Most will not want to talk about sexual assault during this phase and will actively avoid any potential triggers and reminders of the sexual assault. Many survivors may make life changes such as moving, starting a new job, changing friends, etc. Others may keep busy to avoid thinking about it, by working a ton or partying hard. This phase of denying and repressing feelings serves as an important and functional role; it is an essential part of the healing process.

The long-term reorganization is the phase where the survivor is no longer able to repress the assault or forget about it – and the healing begins. The beginning of this phase can be very frustrating as many feel that they have already dealt with this, and do not understand why they can not stop thinking about the assault again. It is common to feel overwhelmed in this phase by the return of frequent flashbacks, nightmares, anxiety. Fortunately, it is in this stage that the survivor can work to heal from the sexual assault; this phase provides the opportunity for the survivor to regain a sense of safety, control, and trust.

Remember each survivor will move through the phases of recovery and each will find their own unique path to healing.

For more information or to book a specific training session please email erinb@standasa.com